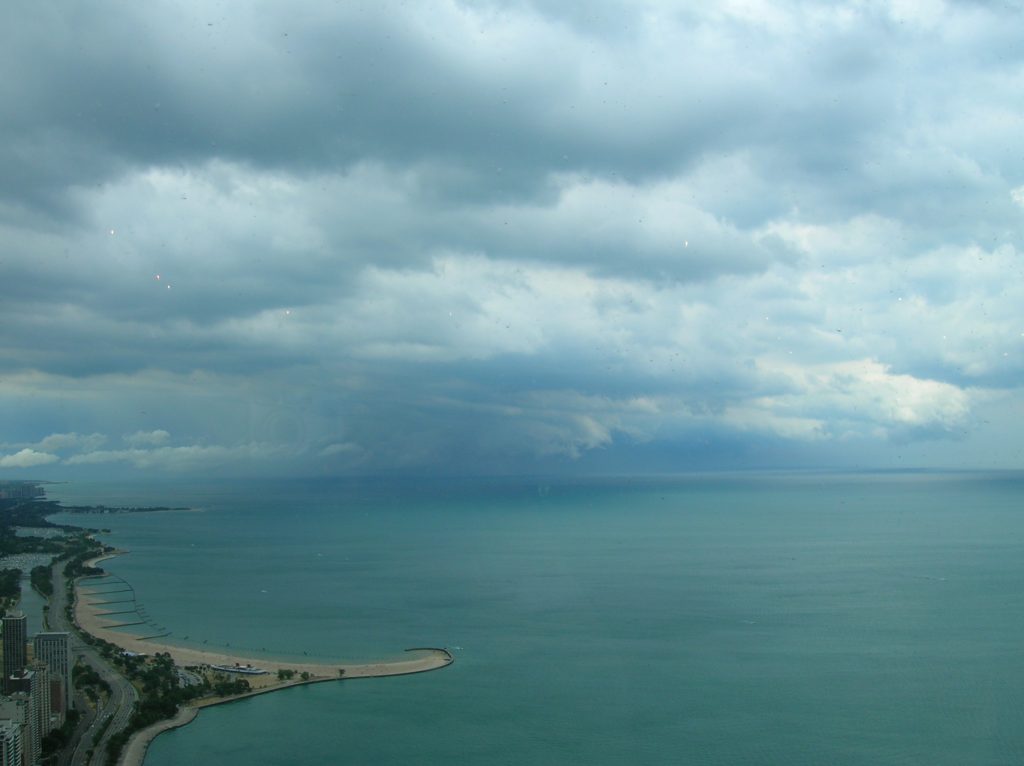 IS THE STATE OF EMERGENCY IN BULGARIA A FORCE MAJEURE

IS THE PANDEMIA INSUPERABLE FORCE AND IS IT POSSIBLE TO CLAIM SUSPENSION OF CONTRACT DEADLINES FOR FULFILLING OBLIGATIONS BY THE PARTIES?

On 13 March 2020, the National Assembly of the Republic of Bulgaria declared a state of emergency in the country for one month due to the spread of COVID-19.

A number of restrictive measures have been imposed (including measures impeding normal operations of most businesses, shops, food service establishments – restaurants and clubs, schools and universities, hairdressing salons and many others).

In this situation, the question whether the state of emergency declared in Bulgaria is a force majeure (insuperable force) within the meaning of the Commerce Act has naturally arisen. May a party to a commercial contract rely on that circumstance and make a claim to their partners for suspension of the deadlines for fulfilling obligations under signed contracts?

As a law firm whose clients are directly or indirectly affected by the declared state of emergency, we reviewed a number of opinions and also made our own observations regarding the state of emergency. In view of the above, in this article we will present to you a slightly different view on the question thus posed, on the answer of which a considerable number of current business relationships depend.

In order to present our point of view on the above issue, we first have to pay attention to the legal regulation of the so-called “force majeure“. The concept of insuperable force is used in the Commerce Act of the Republic of Bulgaria as a basis for (temporary) releasing from the adverse effects of the non-performance or improper performance of contractual obligations. In practice, you may very often come across the term “force majeure“ or “force majeure event“ instead.

The concept of insuperable force is regulated in the provision of Article 306 of the Commerce Act. Its main constituent factual elements can be deduced from this article.

The aforesaid legal text states: „Insuperable force is an unforeseen or unavoidable event of extraordinary nature occurred after the conclusion of a contract.” The fundamental nature of the insuperable force consists in the discharge of an obligor under a contract from liability for failure to fulfill their obligations under that contract.

The reason for the discharge is the non-culpable inability to execute the contract on part of the obligor. This inability is dictated by circumstances that are completely beyond the control of the obligor, who is not able to prevent them, influence them or react adequately against them.

In view of the provision of Article 306 of the Commerce Act, it can be concluded that there are several constituent factual elements of the insuperable force:

1.  Unpredictability of the event occurred;

In our opinion, the declaration of a state of emergency in the Republic of Bulgaria can be considered as an unforeseen circumstance that could not be foreseen in any way. It should be noted here that such a situation is being declared for the first time in the new history of the country. Therefore, according to us it is undisputed that each court in the country should consider the existence of this constituent factual element of the insuperable force to be proven.

2.  Unavoidability of the event occurred;

It is clear from the quoted text of Article 306 of the Commerce Act that the Bulgarian legislator has put the unpredictability and unavoidability of the occurred circumstance (event) under the conditions of alternative. However, it should be borne in mind that, in the case-law, these two prerequisites must be present and co-exist.

The declaration of a state of emergency in the Republic of Bulgaria can be considered as an unavoidable circumstance. That is, the parties to a contract could not have prevented or avoided it in any way, even if they had exercised due care and diligence within the meaning of the law. Especially, when considering the reason for its declaration – the spread of a dangerous virus (coronavirus) known to be life-threatening. And no effective treatment has yet been established.

3.  Extraordinary nature of the event occurred

To the extent that measures have been implemented through the state of emergency that lead to, or may lead to, unusual restrictions, limitations and difficulties in the conduct of normal business operations, we consider that this constituent factual element is also present.

The introduced measures are of an extraordinary nature and therefore the parties to a contract would not be able to comply with them when concluding the contract, respectively, when agreeing on the deadlines for fulfilling their obligations. As an additional argument, it can be noted here that a state of emergency is not a recurring event that occurs at a fixed interval of time or on a specific date each year. Therefore, the parties to a commercial contract will always be surprised (i.e. unprepared) by its introduction.

4.  The occurrence should have occurred after the conclusion of the contract

Relying on a force majeure may be made not only if the above elements are present, but also if the declaration of a state of emergency in the country occurs after you have already concluded the relevant contract. In case that signing of the contract and its entry into force took place after 13 March 2020, this last constituent factual element will not be available. Therefore, the obligor under the contract will not be in a position to rely on insuperable force.

5. In our opinion, there is another important element that characterizes the manifestation of insuperable force, or the so-called force majeure. It is unclear at the time of its occurrence and it could not be stated how long that unforeseen circumstance would last and whether it would change over time. Accordingly, even if there is a specific period of its manifestation, it is very likely that it will be extended. In practice, the parties to a contract often do not know how long the force majeure event will last due to its nature (e.g. an act of God). This is why it is so important to promptly notify the contracting party of the existence of such a circumstance.

In the light of the foregoing, each person would conclude that the constituent factual elements of the insuperable force (force majeure) are present, and therefore, the obligors under commercial contracts could rely on the declared state of emergency to be discharged from liability for non-performance of the contract.

And we would like to give you the following example: You have concluded a preliminary contract for the sale and purchase of real estate and your builder (seller) informs you that there is a force majeure because of the declared state of emergency in Bulgaria. On the other hand, you have noticed that in the neighborhood another builder continues to build without any problems. So you naturally ask yourself, „What should I do in such a situation?” The answer is – to claim your rights (and the corresponding penalties for delay) if the builder delays the fulfillment of its obligations under the contract entered into with you.

In our practice, we have had even more striking cases in which a builder relies on insuperable force (force majeure), but at the same time they continue to build, thus obviously aiming at artificially extending contract deadlines in order to try to avoid paying penalties for delay to its buyers.

We believe that the assessment whether there is a force majeure or not should be made on a case-by-case basis by taking into account all relevant circumstances of the case.

Even if the composite factual elements of force majeure are present, it is entirely possible that the obligor party to the contract may not have any difficulty in fulfilling their obligations. Accordingly, there is no legal basis for relying on a force majeure.

And in the context of the above examples in the field of construction, it should be noted that the state of emergency introduced in the country neither include the closure of construction shops, warehouses and wholesale markets, nor workers at similar (including construction) sites are prohibited to go to work.

Therefore, it cannot be accepted that a builder is prevented from fulfilling its obligations if the latter can procure construction materials without hindrance, use its own subcontractors (that are also not subject to similar administrative prohibitions) and ensure a normal working process.

If the builder relies on such obstacles and difficulties, it should identify (prove) these difficulties in the proper manner. This applies, of course, not only to construction relationships, but also to business relationships in each branch in the country.

Last but not least it should be noted that if an obligor under a contract has already been in default, they could not rely on a newly-occurred force majeure event. If the deadlines stipulated in a contract for fulfillment of obligations on part of the obligor (e.g. deadline for the construction of a building, deadline for the supply of goods, etc.) have already expired, the existence of a state of emergency in the country does not release the obligor from liability if the relevant deadline has expired before 13 March 2020 – the date of declaring the state of emergency. Accordingly, the other non-defaulting party to the contract is entitled to claim penalties for delay (for non-performance, respectively, as the case may be).

For the sake of completeness of this statement, another important aspect of the insuperable force and the ability of an obligor under a contract to rely on a force majeure should be noted: the obligation of the obligor to notify their creditor in a timely manner/ in due time for the occurrence of the state emergency in question, which prevents them from performing the contract.

In most contracts, the parties agree on a specific deadline for sending such a notification upon the expiry of which it shall be considered that there is no force majeure. However, if you have not agreed any deadline, the legislator provides for that the notification shall be sent in “due time“.

The appropriate deadline shall be determined depending on the particular circumstances and specifics of the contract and the relationship between the parties, but in our opinion, an appropriate deadline should not be longer than a week or two from the occurrence of the extraordinary circumstance (force majeure). In other words, it would be unjustified to rely on a force majeure event occurred six months ago for the only reason to justify a delay in deadlines for the completion of a building in order to pay no penalty for delay.

Yosifova, Ivanov & Petrov Law Firm may render assistance to natural persons and legal entities that have concluded contracts in respect of which the opposite party relies on force majeure based on the declared state of emergency in the country. If you have any questions, do not hesitate to contact us through the „Contacts” section.